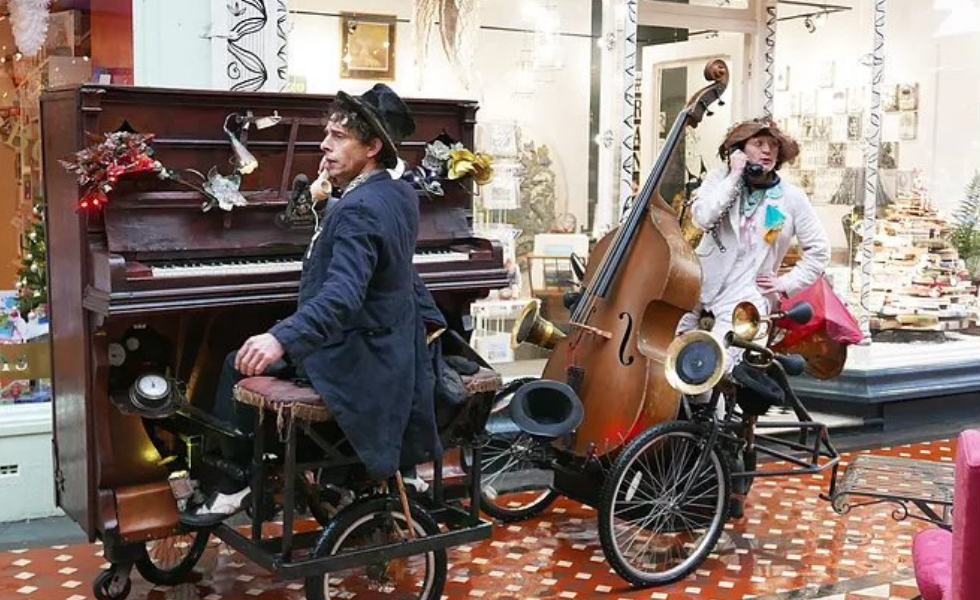 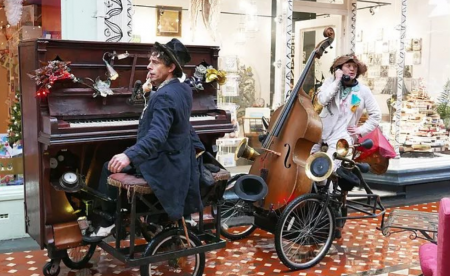 Rimski & Handkerchief are a curious spectacle indeed, as they meander the streets with their marvellous musical machines: the Bicycle -Piano and Double-Bassicle… Singing timeless songs of momentous, melancholic & magical magnitude, while performing an extraordinary dance on wheels.

Expect extreme eccentricity & silliness interspersed with moments of moving beauty (if you’ll pardon the pun!). They will have you questioning everything- from the fourth law of Thermodynamics, to the conundrum of how Rimski manages to steer that thing!
Think Tom Waites, both bluesy and whimsical with added whistles, bells and horns.

Pitch: On the Move