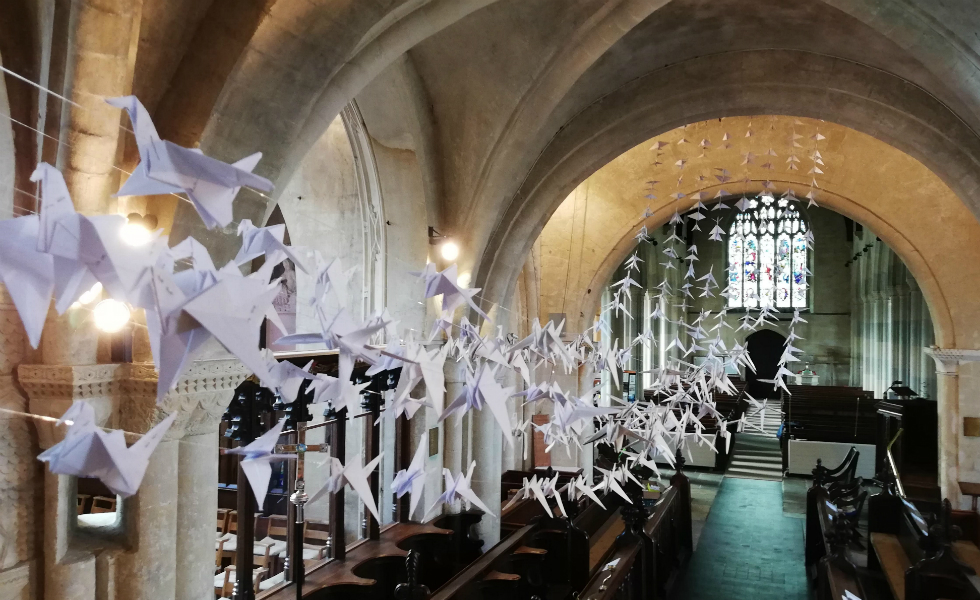 As part of the World War I commemorations in Devizes, we created a special installation to be hung in St John’s Church filled with paper origami cranes

Thank you to all those that spent time folding origami cranes to be part of this installation. A thousand tiny origami birds were suspended in St John’s church over the Remembrance period as a symbol of peace.

These cranes will now be sent to Hiroshima, Japan to be part of the Children’s Peace monument, built in memory of Sadako Sasaki, and meant to be a wish for peace, started after the Hiroshima nuclear bomb in 1945. Each year approximately 10 million cranes are offered each year from across the world to be part of the monument. See more information on the city hiroshima website.

If you would like to get involved and make cranes to send to Hiroshima, we will be holding group making sessions in the new year, or you can make them yourself. See the Youtube video below for how to make an origami crane