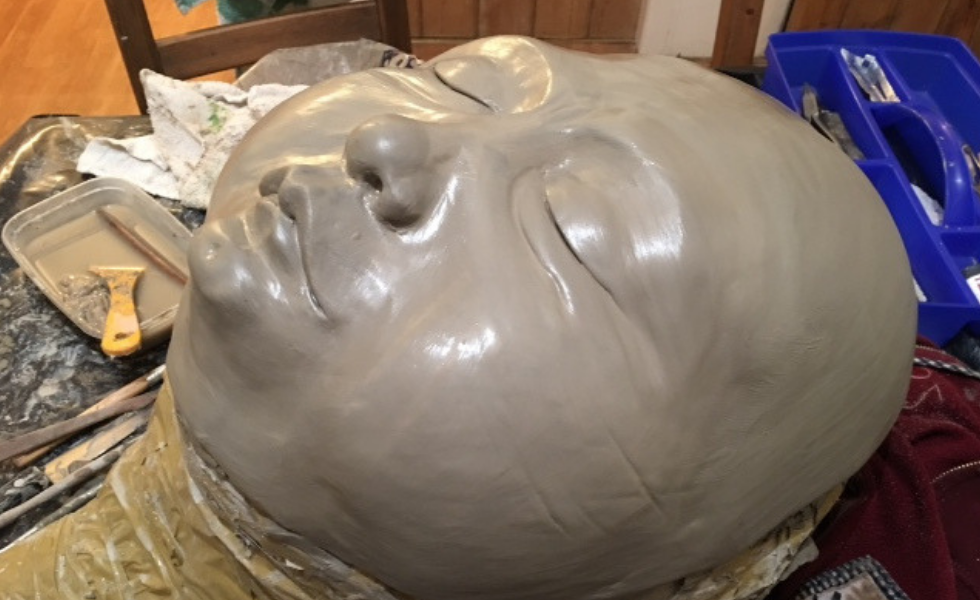 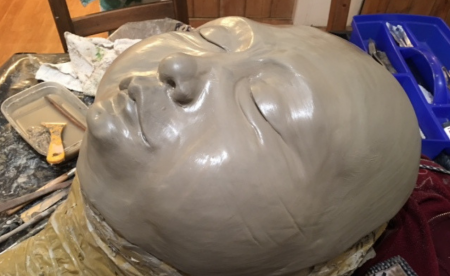 Bringing the baby head sculpture home was a good move. I now have 4 days to work on it at my own pace, without having to travel anywhere. I realise that I have the layout of the face for an adult and not a baby. baby faces are very different in the way that they are set out. It’s like, as we grow, our features sort of move up. When you look at a baby’s face, their features are low down on the face, they have chubby little faces and their eyes are large. To cut a long and at times, frustrating story short, it took me two days to get to a point where I felt that he looked like a baby.

Once I was happy with the sculpt, I misted the face with water and put cling film on it. The water has the effect of pulling the cling film onto the surface of the clay. Gently stippling the cling film with a soft brush got rid of the air trapped between the clay and the cling film and allowed me to get the film into all of the details. Once that was done I got on with the final stage. The bubble wrap and parcel tape core, now covered with clay and cling film are merely a mould on which to form the face. The face itself is made up of 6 layers of torn up brown parcel paper, soaked in PVA glue, which is diluted with water, until it resembles single cream. It’s a long and sometimes laborious process, as you have to wait for it to dry in between layers, but the end result is well worth it! The final layer went on, on Easter Sunday morning, leaving the rest of the day for it to dry out in the beautiful Easter warmth and sunshine that we were having. In the evening, once dry, the whole thing was loaded into the car, ready to go with me to 101 on Bank Holiday Monday. 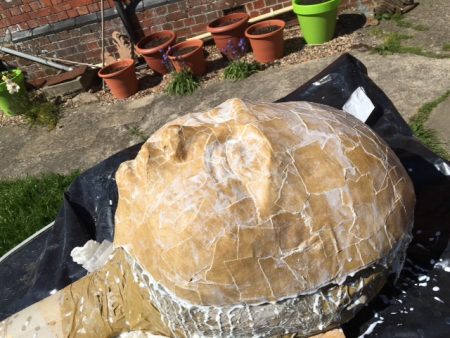